Browsing through seed catalogues can bring hours of joy to gardeners when temperatures plummet and winter winds howl. In this week’s presentation, Cathy Christie introduces us to the history of these catalogues from their arrival in the early 1600s to today’s online offerings.

Although botanical drawings of plants had been in existence for centuries, the first seed catalogue was created in 1612 by Dutch grower Emmanuel Sweerts, and was designed to promote the sale of flowering bulbs. His publication was illustrated with 560 beautiful hand tinted images to entice the reader to buy. Not so different from today’s marketing strategies!

Other catalogues followed, often with printed lists of available nursery stock along with detailed descriptions of the product quality and reliability of the seller.  While today’s catalogues might detail germination rates and disease resistance, a 1862 statement from the Cobourg seed store states:

THE Subscriber, being fully aware of the vexation, loss and disappointment which result to the purchasers of bad Seeds, is determined to use his utmost vigilance to prevent a single package of doubtful Seeds leaving his store.  These varieties that are raised in greater perfection in Europe are imported from a first-class Establishment in London and those that grow to perfection in this country are procured from the most reliable sources

Clearly seed quality was a concern of the day, since Carter’s Seeds of London England in 1888 offered “tested English seeds for all climates”, growing out their tested seeds in massive quantities – 70 acres of beans, 96 acres for cabbages and an astounding 814 acres of peas.

While some early farmers saved their own seeds or traded with neighbours, the arrival of improved railways and mail service and increased settlement in Canada meant there was room for more seed companies. Between 1871 and 1900, three of the major seed companies in Toronto were William Rennie, George Keith, Steele Briggs and J.A. Simmers. These companies developed mail order operations providing materials and equipment for both amateur and commercial gardeners.

Seeds and bulbs were often imported from Europe or the US. For example, the Rennie Seed Company brought in oats, barley and wheat seeds from Scotland, and flower bulbs from Holland. However there was an interest in developing seeds that would thrive in uniquely Canadian conditions. The Rennie company therefore also grew out seeds on Rennie’s own farm property, selecting varieties of grains, vegetables, and flowers that seemed promising and offering them for sale through the catalogue.

The Steele Briggs Company, founded in 1873 also focused on developing seeds for the colder Canadian climate. Their warehouse in Toronto had its own private railway siding so that seeds could be shipped all over Canada with ease.

“The Canadian Tomato”. is “perfectly smooth from beginning to end of season. No variety is more uniform in shape, all the tomatoes on a cluster ripen at once and are all about the same size. Its color is a beautiful, deep glossy scarlet, and very attractive. Flesh is thick and solid with comparatively few seeds. The flavor is all that can be desired.”  (Cite source)

By the middle of the 20th century various seed companies in Canada had been bought out by others. The Steele-Briggs Seed Company bought William Rennie in 1961, and they were subsequently purchased by McKenzie Seeds in 1970. It was a wholly-owned Crown Corporation until December 1994 when it was sold to a Canadian company who then sold it to a Norwegian firm in 2008!

Locally, Robert and Carol Mouck started saving seed on their farm in 1970 rather than purchasing seed, because open-pollinated varieties were disappearing from seed catalogue offerings. In 2019 the stewardship of their extensive collection was passed on to the Kingston Area Seed System Initiative (KASSI) and Ratinenhyen:thos. These seeds are available to the public through the KASSI living seed commons. 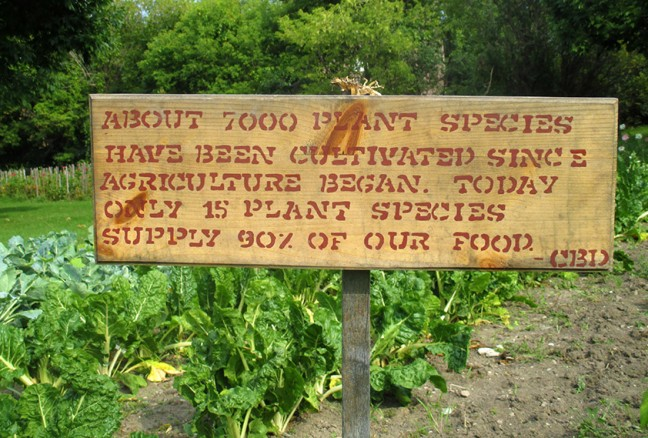 The Kingston area is fortunate to be home to several small seed houses that sell locally and online. Both Kitchen Table Seeds (Wolfe Island) and Bear Root Gardens (Verona) grow out seeds on their own or nearby farms, harvest and package the results for gardeners in Kingston and beyond.

The History of Seed & Nursery Catalogues

Early Seed Companies in Toronto:  Catalogues and Other Bits of History June 8, 2020

The Business of gardening (in Toronto)

A Safe Asylum for Kingston Seeds